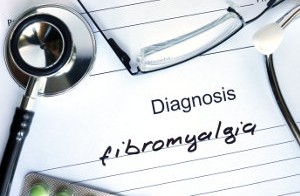 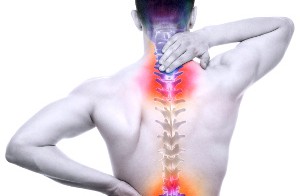 [vc_row][vc_column][vc_custom_heading text=”How to Avoid Text Neck – Advice from a Gurnee Chiropractor “][vc_column_text]Millions of people are suffering from symptoms caused by the repetitive stress injury commonly known as “Text-Neck”. If you are reading this on your smart phone you are probably feeling the effects right now.

Just as the name suggests, this injury is caused by a constant forward head position, not in line with your center of gravity, which causes increased stress in the cervical spine, or neck – a chiropractor’s nightmare! The average weight of a head is about 10-13 pounds. Visualize yourself holding a 10 pound bowling ball close to your chest and then at arm’s length in front of you. The weight of the ball is the same. However, it feels much heavier and eventually you will start to feel the burn from your muscles working.

The use of smart phones and other tech devices is not the issue as much as the strain that it cause on the neck and spine. Our bodies are meant to support the weight of our head when they are in proper position. However, when the head is constantly leaning forward the weight is shifted and thus not properly supported by the neck and spine causing strains, pinched nerves, herniated discs and lots of other pain that could lead to surgery.

Here are some symptoms that you may be experiencing if you are at risk of text neck:

The average person spends at a minimum of two to four hours per day bent forward attending to their smart phones and these numbers will only increase. With smart phones becoming more and more necessary in today’s business world it seems like there is almost no avoiding this struggle.  Here are a few simple things you can do to prevent text-neck injuries:


How Paleo Beats Low-Fat in a New Study

[vc_row][vc_column][vc_custom_heading text=”New Study Finds Paleo Beats Low Fat”][vc_column_text]Since the low-fat diet started being recommended to patients at risk of heart disease in the 60s and then to the American public at large in the 70s, it has grown to be the overarching paradigm for conventional nutritional wisdom in the States, and is regarded as synonymous with what most imagine as healthy eating. But starting in the early 2000s and gaining traction in the past five years, the Paleolithic or “Paleo” diet and its advocates are challenging this paradigm. They argue that low-fat diets are responsible for many of America’s dietary woes including diabetes and obesity, and that a diet modeled after that of ancestral Paleolithic humans is the more effective path to nutritional health. Such a diet centers on fish, lean meat, produce, nuts, and oils, while avoiding cereals, dairy, added salt, and refined fat and sugar. What does this have to do with chiropractic care? A lot! Diet plays a huge role in the health of your body.